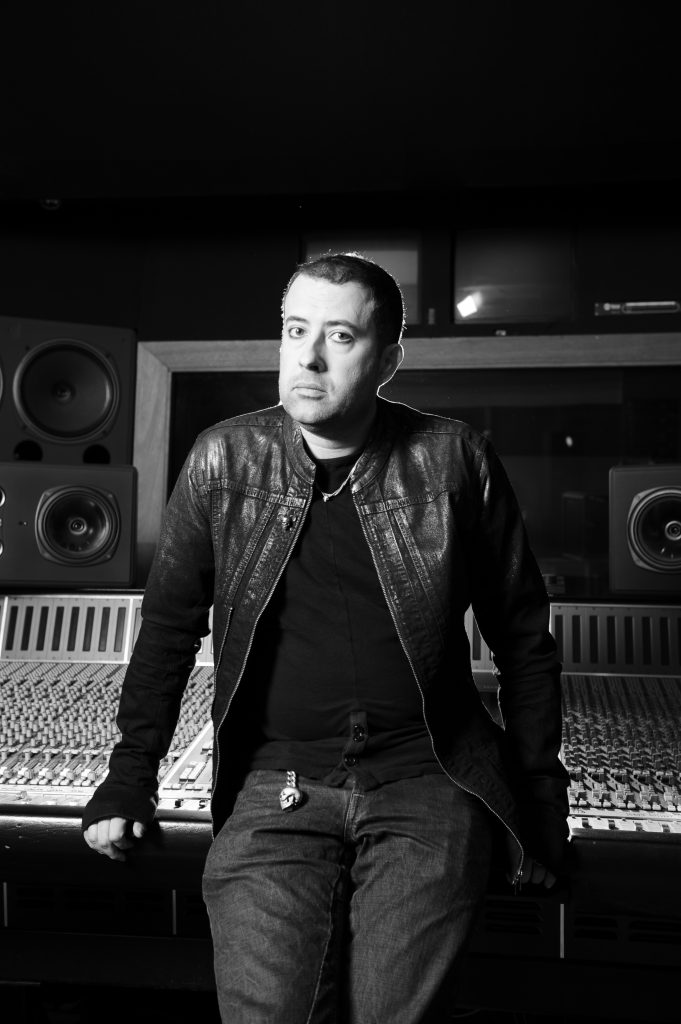 He may be known as The Baron Of Techno, a moniker given to him by renowned BBC Radio DJ / journalist John Peel, but Dave Clarke has an anarchist streak a mile wide and punk in his soul, having no truck with establishment figures or authoritarianism. A hard working purist, forward thinking futurist, technology geek, part Gothic and gadget lover who embraced the digital revolution in an early stage while his peers where still sniffing the smell of vinyl, a format he hasn’t used professionally in eleven years. It’s unsurprising he revels in the libertarianism of the World Wide Web. It gives symmetry to his savvy techno vision.

As a DJ, he plays out every weekend everywhere. At every event there’s the same attention to detail, his sets swooping whip-smart along the cutting blade of techno and electro, backed up by a seasoned bag of DJ tricks in which his early hip hop roots clearly show. Aptly nicknamed The Man In Black, Clarke blends into the background upon arrival and lets his music do the talking. That’s where he comes alive, where skills honed for years blow venues apart. It might seem from appearance that Clarke is not enjoying what he does but don’t let the grumpy image fool you. He loves every minute of it and feels humbled and blessed he’s able to do what he does. Whether on prolific festivals like a.o. Tomorrowland, Awakenings, I Love Techno, Lowlands, Pukkelpop, Glastonbury and Nature One, in acclaimed venues such as Fabric, Fuse or Berghain or in dark, sweaty, small capacity clubs: Clarke feeds and nurtures his extraordinary relationship with the crowd.

After things eventually went quiet on the production front, Clarke felt that today’s technology finally allowed him to use studio gear to the maximum, next to the urge to reinvent himself rather than repeat himself. In late 2011, Clarke picked up where he had left off. He came across the young Amsterdam based talent Mr. Jones who consequently fed Clarke with his demos. Clarke noticed his potential and soon formed a duo named Unsubscribe.

The twosome got to work and delivered remixes for artists such as Black Asteroid, Detroit Grand Pubahs, Gesaffelstein, Phil Kieran, Erol Alkan, Boys Noize, Octave One, Simplicity Is Beauty, Marc Romboy and Ken Ishii. Early 2013 saw the return of Dave Clarke as a solo producer by revamping These Days Are Mine by Manchester band I Am Kloot, electro style. The re-release of Wisdom To The Wise (Red 2) on Boysnoize Records in March 2013 (with ground breaking remixes by Boys Noize, Marcel Dettman, Steve Rachmad and A.Mochi) and  Unsubscribe’s debut EP on Fabric’s imprint Houndstooth in April 2013 showcases that Clarke finds himself back on the international music map.

As the flag bearer of his successful event concept Dave Clarke Presents, Clarke and his handpicked line up reign the booth in the Amsterdam venue Melkweg during the Amsterdam Dance Event (ADE) for eight consecutive, sold out editions, duly representing techno and its subgenres during the annual conference. Dave Clarke Presents cranked it up a notch in 2012 as ID&T finally, after many attempts, managed to seal the deal with Clarke to host the second biggest (outdoor) stage on Tomorrowland 2012. With a rammed floor on that memorable Sunday the 29th of July, it became evident that Clarke and ID&T again will collaborate on Tomorrowland 2013 by hosting this area for the second year in a row.

And then there’s White Noise, Clarke’s weekly radio show. For many years, White Noise has been and still is an absolute institution for techno and electro globally and an indicator of where the scene is headed. The thrust of the show is to cast light on new talented producers and exciting new music; music by both established as well as aspiring producers Clarke discovers in his Dropbox each and every day that won’t have normally be given a chance. Since the split up with Dutch radio broadcaster VPRO (3FM), Clarke moved White Noise to the Irish radio station 2FM RTE and French online and airwave station Radio FG. In February 2013, White Noise was expanded to wider grounds when the show joined the award winning web radio Digitally Imported (DI.fm), with many more additional stations to follow in 2013.

As an official ambassador for global brands like Denon, Serato, Soundtoys and French gear manufacturer Arturia, Dave Clarke will continue his newfound love for making music in 2013, gather airmiles by the gallon and preach his vision on techno both on the decks and on the radio, whilst never forgetting the long and bumpy journey he had to undertake to get where he is now: on top of the game, respected by both fans and peers and very much relevant in today’s scene. He might be established, but he will never be establishment.